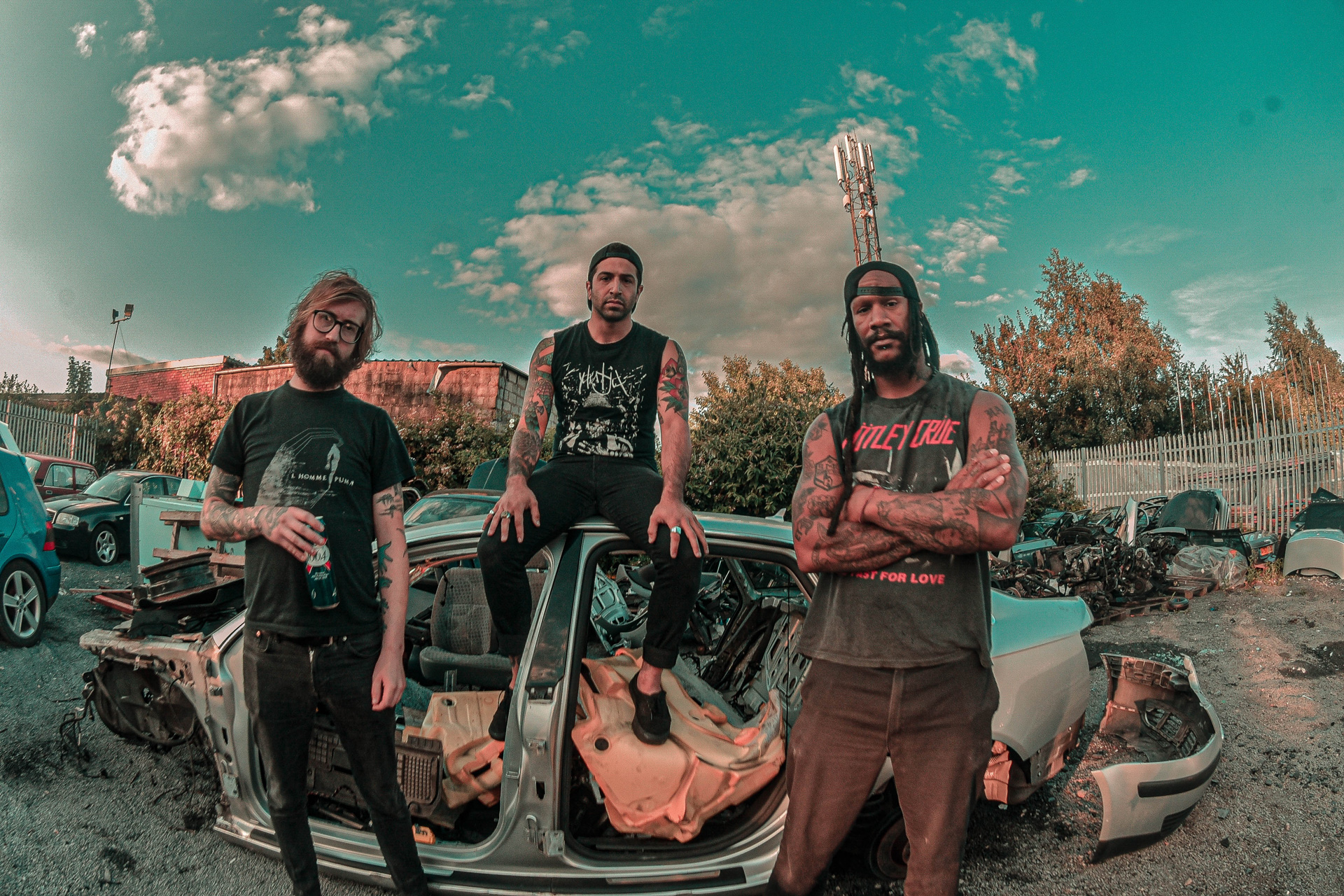 It's taken a few repeated listens to work out how best to describe Armed For Apocalypse, and d'you know what, I'm still having some difficulties. AFA, of California, on the basis of debut album and sole release thus far, "Defeat", have a fetish for mixing up largely disparate styles of metal/deathcore, sludge and doom, showing the positive and negative sides that are commonly associated with such tactics.

It isn't until song five, "Hero Complex", that it feels like AFA have reached the point at which they really know what they're doing in a song recalling Down most prominently. You see it's because the first four tracks, a mixed bag at the best of times with some moments heavy here and some heavy there but they are all, without fail, dragged down into the lands of mediocrity that come with sticking a big fat, cumbersome beatdown in the middle of a song. Opener "We Fell From The Bottom" and "A Failure", not the best songs ever anyway due to the key riffs interspersed within providing little emotional and technical depth with which to grab the listener, sound like a band aiming to be as sonically heavy as possible in keeping with the likes of Oceano yet forgetting to write songs containing flow and a sense of togetherness. "Fists Of God" is no better but is noteworthy for bringing a "Roots Bloody Roots"-era Sepultura sound to the party, especially in the bass end of the mix, underneath a screamed vocal style not dissimilar to one of sludge’s key bands, Johnny Morrow of Iron Monkey.

The second half of the album saves AFA's bacon by giving us riffs that offer more than being simple down-tuned chugfests and laying off the beatdowns in the period of the album that best displays the band's sludge roots. The groovy, swaggering "Hero Complex" features by far the best riff in the best song on the album, followed by "You Are Alive When They Start To Eat You", which in it's Cult Of Luna-likeness is the only track to touch on feelings of despondency and moody reflection, sentiments one could reasonably assume have been aimed for across the board in an album such a this.

We on Rockfreaks.net define a 4/10 as "an album that is technically and musically okay but boring to listen to". In trying to avoid being unjustly ruthless to an album which isn't badly produced nor is made with heinous, monetary intentions, I think to myself if AFA have done any more than that, but alas, they haven't. The simplicity of the bulk of the riffs and the reliance on beatdowns for half