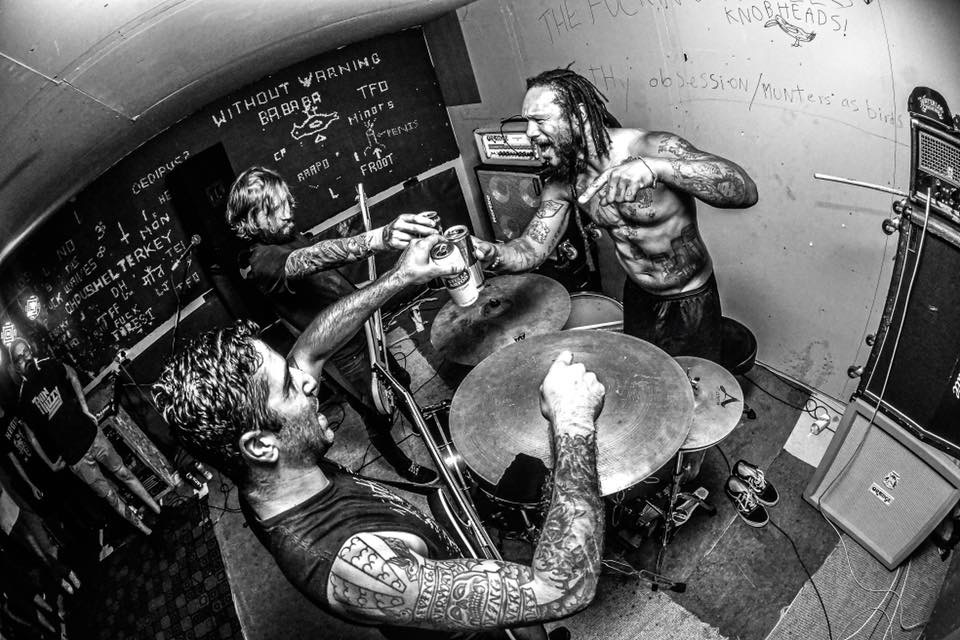 Armed For Apocalypse will be releasing their upcoming sophomore full length album, The Road Will End, on July 23 via Ironclad Recordings. However, we’re giving you an exclusive first taste of the album in advance with a new song. The song is titled “The Well” and like the rest of the album, it features many one string riffs and an extremely heavy sound that is magnified by open strings, one finger chords, and even the occasional solo. With no shredding, triggers, or cowardice, Armed For Apocalypse isn’t messing around with this album.

Lead guitarist Cayle Hunter had this to say about the upcoming album:

"The Road Will End is the best group of songs any of us has ever been associated with. We put this album through an extremely strong filter and put every single riff under the microscope. We kept challenging each other to not just write a riff, but to write thee riff. If it didn’t force us make that ‘oooh’ face and bang our heads in the practice spot, it got cut. We wanted to make an album that was stacked with heaters from beginning to end – no filler tracks – and we feel we’ve accomplished that. We hope it gets the stamp of approval from our fellow metal heads around the world!"